A dear minister friend of Brother Sadhu was once prayer-walking a certain city. As he was praying, he came across a World War II monument honouring the men from the battleship, U.S.S. Indianapolis, who had died at sea. Some of the survivors were in the water for five days battling with sharks. The plaque on the monument closed the narration by telling the reason why the ship sank. The ship had gone unescorted.

The ship had gone unescorted. As a result, an entire ship with more than 500 lives, perished. Such is also the fate of many pastors, ministers, and missionaries. Even the great apostle Paul, through whom God worked many miracles, on many occasions sent out an appeal - pray for us (1 Thes. 5:25; 2 Thes. 3:1; Heb 13:18).

One afternoon on October 15, 1998, Brother Sadhu was praying in Los Angeles for that day's evening meeting. He then beheld the similitude of the Lord Jesus. The Lord Jesus counselled him that the ministry needs a strong canopy of prayer incense. As Aaron and Hur were needed to uphold the hands of Moses for Israel's victory in a war (Ex. 17:12), likewise, we need prayer warriors to uphold Brother Sadhu and this ever expanding ministry.

People have often told him, Brother we are praying for you. It is the prayers of such saints that have had sustained Brother Sadhu all these years in the ministry's battlefront. Most of the people who pray for us are not known to us by face. Hence, we have established this new network - Aaron & Hur Prayer Warriors.

Brother Sadhu will personally send a letter to all those who sincerely and seriously commit to pray and intercede for him and this ministry. The letter will detail challenges our ministry is facing and how you could focus your prayer for us.

We need a multitude of prayer partners to pray for us every day. We invite you to come and uphold our hands. Brother Sadhu too will bend his knees and make mention of you before God's throne daily. Your contribution through prayer is a vital part of God's plan for this ministry! 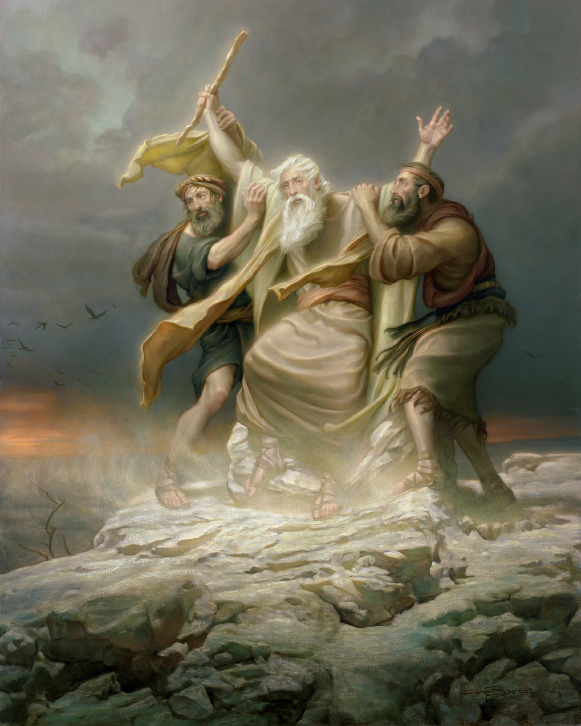